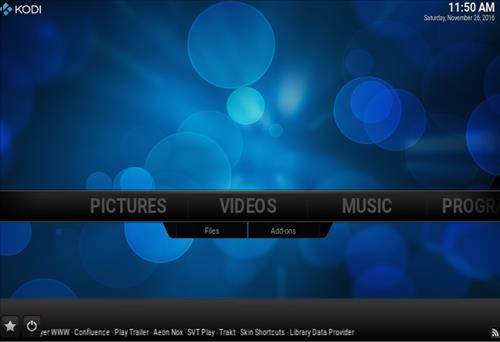 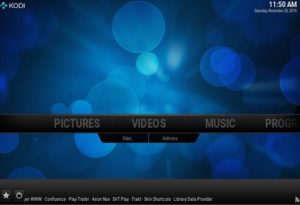 Kodi media center was originally called XBMC (Xbox Media Center) and was a nice way to mod the original Xbox.

There were many versions of XBMC through the 2000’s as it evolved into a free very nice media player for home entertainment.

Starting in 2009 XBMC made the move to Windows as the hardware from the original 1st generations Xbox had become to old to continue developing on.

The name soon changed to Kodi and now has been ported to many devices from a Raspberry Pi to a desktop computer.


How Does Kodi Work?
Kodi media center works by streaming video, music, or other programs from online sources or feeds.

The thing that sets it above the rest, besides being free, is its open source and ability for third part programmers to add their own code.

Third party programs are called add-ons and work much the way apps do on a smartphone.

By far the most used apps are the video apps which play movies and TV shows on-demand.

Netflix and YouTube apps are popular but the third part Video add-ons are the most popular add-ons used.

This includes Exodus, Phoenix, SALTS, UK Turks Playlist, and many many more.


How Is Kodi Installed?
Installing Kodi depends on the hardware you will be using.

A Windows or Mac based computer would make for the easiest install but it can also be installed on smartphones, android devcies, apple TVs and more platforms.

What is a Kodi Repositories and Add-ons?
After Kodi is installed add-ons will need to be added via a repository.

There are many Repos and Add-ons depending on what content you would like to see or hear.

A Repository often called a Repo is simply a place that store add-ons for download.

A Add-on is a program that runs within Kodi and plays videos, music, or other programs.

How are Repositories and Add-ons Installed?
An add-on can be installed from a repository or downloaded and installed as a zip file.

Installing from a repository is the most common method since it is the same across all hardware platforms such as Windows or Android.

Adding a Repo is done by entering in its web address URL that stores the add-ons for download.

There is no single repository so often 4-5 must be installed to get the top add-ons.

While the installations may seem confusing to some at first it is simple.

We have instructions with step-by-step guide for how to install Repos and add-ons along with pictures to make it easy to install them.

You can scroll through the list of add-ons or install the top best current available ones from the menu bar at the top of the page.

Summery
Kodi is more than a good media player it is a revolution in the way TV shows and movies are watched.

It is still evolving along with its add-ons into a better-and-better version of itself.

If you have ever used Kodi than the best way to start would be to install it on a old computer, and follow one of our many guides to install an add-on that plays content you like.